The challenge today is to begin trying to eat cleaner and learn to make new dishes. This is my first time to cook from any of the  Paleo recipes! I’m using a steamer that we bought several years back and never used to cook a sweet potato. I’m hoping the steamer still works. 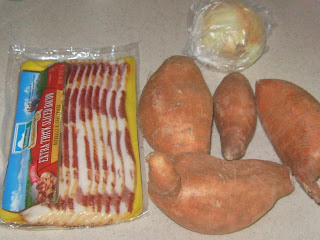 Instructions:
Steam diced sweet potato for 5-6min, or until tender.
Remove from heat and place into a medium sized mixing bowl.
Meanwhile, place oil, onion and bacon in a frying pan on medium heat and cook until bacon and onion have browned.
Add bacon and onion to sweet potato and combine well.
Top with sliced almonds and serve.

Adaptations –  I omitted the Almonds because my son is allergic and I wanted him to taste it. When he did he spit it out so I think next time I can use the Almonds since he won’t be eating it with us. I would have used Olive oil but apparently I didn’t and that could be the reason my onions burned! 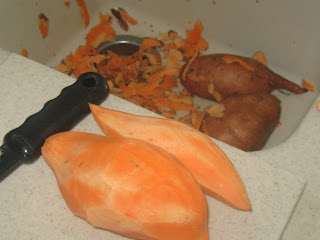 I had no idea how much 4 cups would be and two of these sweet potatoes were plenty! 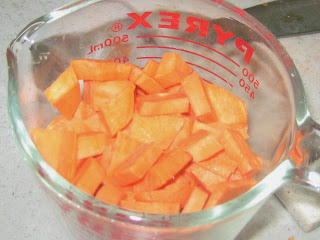 I really need to work on my dicing skills but better knives would help me dice properly. 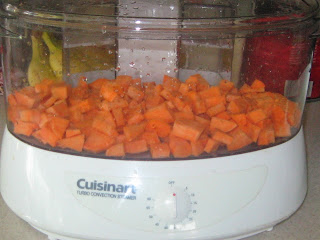 The steamer hard at work. 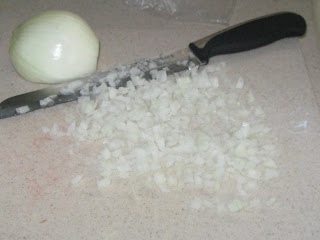 I tried the find a small onion but I couldn’t so I opted for half an onion. 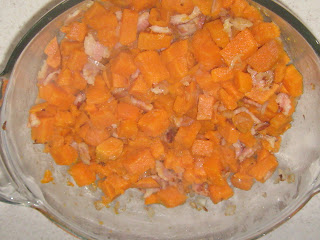 The bacon was a pain! How do you remove fat from bacon and then dice it? I had such a hard time getting the fat off because it was gooey. I would rather cook it first, get the fat off and then dice it and mix it with onions. Unless someone can tell me how to do that properly I’m at a loss. I’m glad I went with half of an onion because it would have been way too much for this dish. Four out of five of us approved of this tasty dish. I will make it again and tweak it some more but it was fun to venture out and try something new.

Have you tried any Paleo recipes?

Get my weekly wrap up via email.
Sign up for my monthly newsletter.
Let’s Connect on other sites.